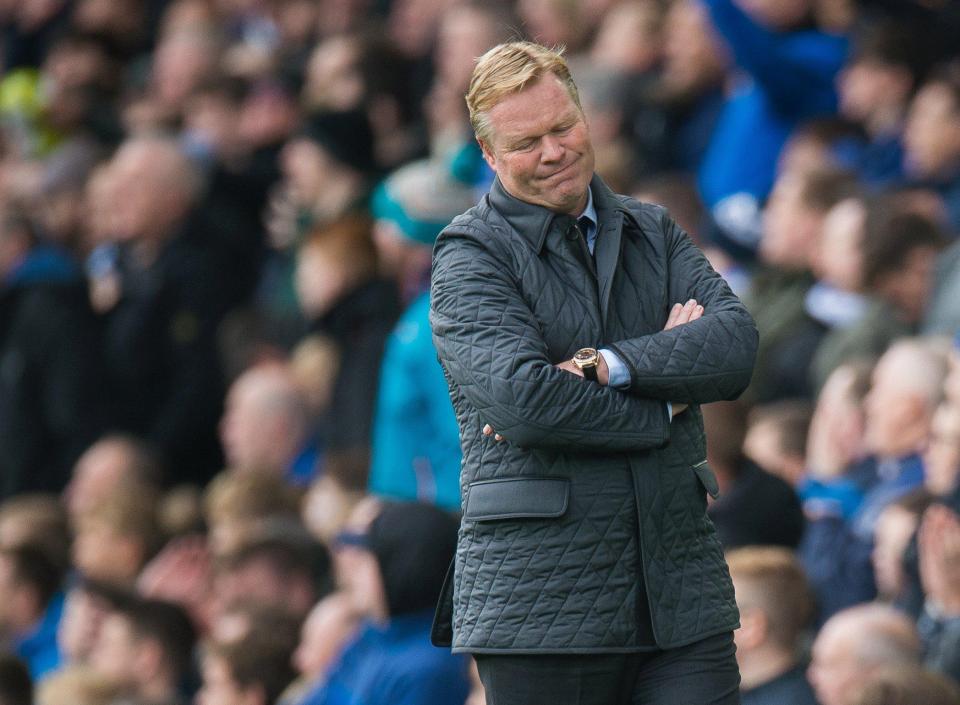 On these pages last week, I touched upon the seemingly ever-increasing sensationalist hype that is associated with the Premier League; and how the ongoing quest to generate storylines to sate the appetite of the new type of football fan causes knee-jerk reactions from the media, fans and owners alike.

On Monday, after defeat to Arsenal the previous day, Ronald Koeman became the third Premier League managerial casualty of the season after just nine games; his dismissal following hot on the heels of Craig Shakespeare’s removal as manager of Leicester City last week and the debacle that saw Frank de Boer jettisoned by Crystal Palace after just five games in charge. It seems almost certain that Slaven Bilic will join them in the not too distant future having apparently been given two more matches to save his job.

While all of the clubs involved will point to disappointing starts to the season, it feels hard to view removing their managers as part of any form of coherent, thought-out strategy; instead it feels like panic brought on by results not going as planned even at this early stage. Although this of course begs the question of what the clubs involved were actually expecting in terms of results from the start of the season?

In conversation with Our Kid a couple of evenings ago, he was suggesting that even the manager of his team, Jurgen Klopp, was beginning to feel the pressure after some underwhelming results culminating in that 4-1 defeat by Tottenham at Wembley last weekend; and his seeming inability to address the ongoing defensive failings which have now seen his side concede more goals (20) in nine games than any Liverpool team since 1964/65. The questions being raised about the charismatic German all centre on whether any tangible progress has been made in the two years since his appointment?

Looking purely at the cold hard facts, Liverpool now sit in ninth place in the table twelve points behind leaders Manchester City, yet just two months ago, after they destroyed a woeful Arsenal side 4-0 at Anfield, it was Liverpool who were being touted as potential challengers and Wenger’s men who were in crisis. Perhaps what is needed the most is some form of rational perspective, a realisation and acceptance that bad results and poor runs of form will happen in football, just as good results and positive runs do. These runs are often dependent on the luck of the draw in the allocation of the fixtures: Manchester United, for example, started the season with six wins out of seven, only to drop five points in their last two matches. Real Madrid picked up just one point from their opening three home league games and trail leaders Barcelona by five points already, yet are we to assume that the reigning champions, the team that has won the Champions League for the past two seasons and whose manager has just been crowned Coach of the Year won’t be right in the mix for the big prizes come the end of the season?

The nature of the modern game and what I referred to last week as ‘a kind of reality-based soap opera’ (https://football-nerd.org/2017/10/20/football-nerd-weekly-ramblings-thank-you-non-league-for-reminding-me-why-i-am-a-football-fan/), is such that every situation is blown out of proportion, inflated into headline news to be regurgitated across the 24-hour news channels and social media platforms until it is accepted as the truth.

Perhaps in a sense this goes some way to explaining the current state of the Premier League, which seems to be evolving and developing into what Johnathan Wilson of the Guardian called: ‘the global home of shambolic defending’; a league where the ‘you score-we score’ style of play is, if not necessarily being deliberately nurtured, at the very least encouraged by a vastly increased emphasis on attacking play, chance creation and goals, with the resultant neglect of traditionally structured defensive organisation.

The very nature of the game at the highest level in this country seems to be moving away from genuine competitive tactical battle towards something more akin to an all-star-studded entertainment industry. The matches themselves increasingly resemble end-to-end sports such as basketball, rather than being ‘like a game of chess’, as famously described by a certain Sir Alex Ferguson back in 2009.

In many ways the very bedrock of consistency in football starts with hours spent on the training field organising, emphasising, rehearsing and re-rehearsing the defensive structure and organisation to get that all-important defensive stability. Yet in the Premier League this seems to be no longer appreciated.

The constant pressure to churn the playing personnel at every transfer window, the demand for all-out attack to entertain the masses, and the preponderance of ‘defenders’ who are comfortable on the ball if not overly astute at tackling, winning headers and clearing danger, all mean that an overly defensive approach is no longer tolerated.

Far be it from me to ever demonstrate any empathy for arch-pragmatist and Machiavellian schemer Jose Mourinho, however one only needs to look at the furore sparked by his perceived negative approach at Anfield a couple of weeks ago to see the truth in his justification that ‘One thing is an entertaining game for fans, another thing is an entertaining game for people who read football in a different way.’ This attitude also explains why, despite his inarguable track record of consistency, Tony Pullis will probably never enter into consideration for the top jobs when they become available.

The obvious question therefore is how managers are ever going to be able to create the stability on which job security can be built, if they are constantly compelled to throw caution to the wind in the quest to entertain the masses?