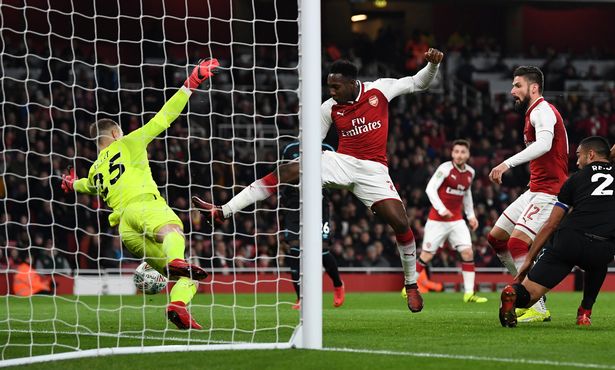 Another football match and another competition. This time it was the quarter finals of what is currently called the Carabao Cup or for us stubborn traditionalists, the League Cup. For years now this competition has been seen by Premier League clubs as an opportunity to give playing time to youngsters and fringe squad players; however with the previous three winners having been Manchester City, Chelsea and Manchester United and this year’s last eight featuring four of the self-affirmed ‘Big Six’, it feels like the competition is evolving further and becoming a competition for the Premier League elite’s second strings.

Arsenal as a club have recognised the relative unattractiveness of this competition for season ticket holders, who would have to purchase a ticket on top of what they pay already, and have consistently used it as an opportunity to make tickets available at reasonable prices for younger fans not normally able to attend. However judging by the vast swathes of empty seats around the Emirates Stadium and a reported attendance of under 45,000, which given the club’s Lord Haw-Haw-like propaganda based declarations in these matters was probably more like the low 30,000’s, it seems that the increasing apathy brought about by the stagnation of the club is discouraging even those previously enthusiastic fans.

Despite relatively smooth progression in both the Europa League and the League Cup so far, it is probably fair to say that Arsenal’s second choice team has failed to spark. Only certain isolated individual one-off performances have come close to making a case of inclusion in the first choice side. Having said that a front line of Walcott, Giroud and Welbeck should have produced more than it did in this match; the former in particular, never a favourite of mine, seems to be regressing at an alarming rate.

West Ham for their part had also made a number of changes but their focus remained clearly on trying to hold on to a clean sheet for as long as possible. Their contribution to the key stats in the first half was zero shots and zero corners, a damming portent of their lack of ambition.

Calling the first half a war of attrition would suggest there was some sort of impetus and intent from both sides, in truth it felt more like a couple of teams simply going through the motions, as if neither was especially relishing the prospect of potentially fitting two additional games into an already busy-looking January programme.

The only thing that sparked the subdued home crowd into anything resembling life came after forty minutes when captain for the night Theo Walcott somehow headed wide of the target unmarked from close range, which brought incredulous sniggering at how a player on £100K a week could have missed from there? Moments later Welbeck bundled the ball home and at last something resembling a football match broke out, if only in the brief remaining minutes until half-time.

The second half continued in much the same fashion as the first with the only moment of note coming late on when Giroud pulled up clutching his hamstring and is now certain to miss the Liverpool game and presumably will be absent into January. As consolation at least that should mean that Wenger now has little option but to start record signing and leading goal-scorer Lacazette for the foreseeable future and might actually allow him to finish the the full ninety minutes for once.

As a reward the Gunners now have home and away games against Chelsea standing between them and another Wembley appearance in a competition that Arsène Wenger has never taken seriously won. These are truly the glory nights for which we left Highbury! If we do make it through to the final it will be interesting to see what level of interest there will be amongst the clearly disillusioned fanbase and what demand for tickets there will be.