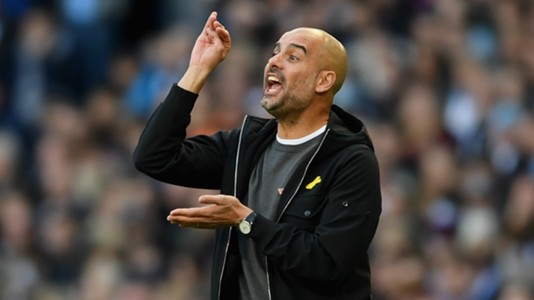 Arsenal’s recent woeful form and the agreement of the vast majority of Arsenal fans that a change in manager is needed, led Mrs Football Nerd and I into a conversation about the merits of the different members of the elite echelon of modern football managers last weekend.

I remain steadfast in championing Pep Guardiola as the very best, won over by his quite simply brilliant Barcelona team that swept all before them, accumulating a total of fourteen trophies in four seasons including two Champions Leagues and three league titles; playing with a swagger and consistently displaying a mesmerising brand of football that had many suggesting that they were the greatest side of all time.

To appreciate Guardiola’s talent, it is essential to look back at the beginning of his reign at Barcelona. While they had won the Champions League for the second time in their illustrious history just two years previously, the Catalan superclub were on the wane by their own very high standards. Manager Frank Rijkaard was relieved of his duties after two successive trophyless seasons and rumours abounded of the negative influence that renowned party animal Ronaldinho was having on the young Messi.

Guardiola’s first action upon coming into post was to hurry the club’s three declining superstars towards the Camp Nou exit with Ronaldinho, Deco and Samuel Eto’o being judged to be “not in my mind for the future…in fact, we will be going onwards without them. It’s time for a restart.”

Guardiola then set about moulding those that remained, the majority of whom were graduates of the club’s world-renowned La Masia academy, into a side that was capable of fulfilling his footballing vision based on the three fundamental principles, the three P’s of: Position, Possession and Play.

The results were astounding, the absolute pinnacle being reached on a May evening at Wembley in 2011 where his side were so dominant, so in control of a Champions League Final, that it prompted none other than Sir Alex Ferguson, himself no stranger to achieving dominant footballing excellence, to exclaim: “No one has ever given us a hiding like that.”, echoing his reflections on Barca’s dismantling of his team two years previously when he said: “They get you on that carousel and they make you dizzy with their passing.”

While the impact that Guardiola and his team had on the football world is beyond question; it was the missus’ contention that other managers who weren’t as fortunate in the teams and players they inherited were worthy of similar, if not greater praise.

Considering just two of two of Guardiola’s contemporaries, it can be argued that both Jürgen Klopp and Diego Simeone have achieved comparable levels of success in far more challenging circumstances.

Jürgen Klopp took over as Borussia Dortmund manager in 2008 following the club’s worst season for 20 years, brought about by ongoing financial difficulties which had seen Die Schwarzgelben teetering on the brink of bankruptcy just three years previously. In the space of just five years Dortmund won two league titles, the German cup and were desperately unlucky not to carry off the club’s second Champions League trophy against their bitter rivals Bayern Munich at Wembley.

The incredible transformation of the club from mid-table mediocrity to one of the best teams in Europe was based on the manager’s infectious magnetism and charisma, some astute recruitment and the attractive heavy metal style gegenpressing football which is now thrilling crowds in this country.   Klopp’s achievements at Dortmund are made all the greater by the fact that even if he didn’t quite manage to end Bayern’s perennial dominance of German football, he came incredibly close and had the Bavarian giants running scared and stealing his best players in an attempt to restore the accepted hierarchy.

Worth similar merit is the achievement of Diego Simeone at Atletico Madrid in the face of competition from the two biggest clubs in world football. When the former midfield enforcer took up the reins at the Vicente Calderón in December 2011 they were still reeling from the loss of Sergio Aguero and David De Gea in the summer and were enduring an inauspicious start to the season losing more La Liga games than they had won and having been dumped out of the Copa Del Rey by lowly Albacete just two days prior to his arrival.

El Cholo’s (loosely defined as ‘child of the streets’) impact was pretty much instantaneous: based on a pugnacious, never-say-die commitment on the field and a call to Atletli’s devoutly dedicated fans to draw on the club’s natural underdog spirit and unite in the fight against Spanish football’s perennial duopoly, he led them to a Europa League triumph at the end of his first half season.

A year later Simeone led his charges to their first Copa Del Rey triumph in seventeen years and their first victory over city rivals Real Madrid in twenty-six games; defeating José Mourinho’s Galacticos in their own backyard of the Santiago Bernabéu. More was to follow as Atletico beat both Real and Barcelona to the title in 2014 and have featured in two Champions League finals against Real, only denied victory in either by the cruel hand of footballing fortune. Their success made all the more impressive by having had to consistently sell and replace their best players.

For all of his undoubted success, Guardiola will always face the criticism that at Barcelona he was simply in the right place at the right time, the implication being that any manager worth his salt would have been successful being able to call upon three of the most talented players not only of their own generation but throughout the history of the game in: Messi, Xavi and Iniesta; supported by other luminary names including: Puyol, Pique, Busquets and Pedro and having sufficient funds at his disposal to be able to bring in the likes of: David Villa, Alexis Sánchez and Javier Mascherano.

Equally the Catalan super coach’s tenure at Bayern Munich will always be coloured by his failure to win the Champions League or even get to the final. While this sets an incredibly high bar in terms of defining success, it is worth remembering that Bayern were the holders of the esteemed trophy when he joined the club.

For all the mesmerising football that Manchester City have played so far this season, it feels very much the case that only sustained long term success in terms of both multiple Premier League titles and Champions League victories would see Guardiola hailed as truly the greatest of them all.

One thought on “Football Nerd Weekly Ramblings- Is Pep Guardiola as great as we all think?”