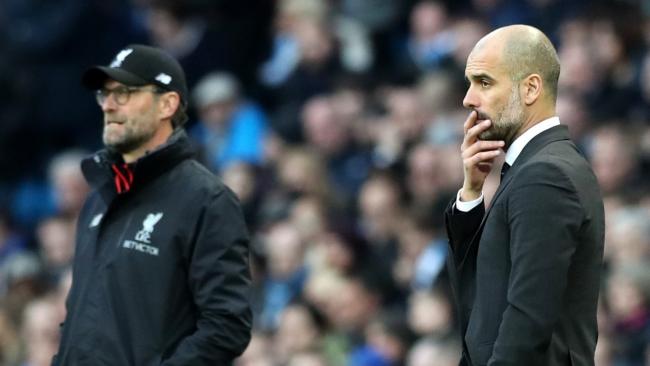 The problem with a title race that looks very much like it is going to go right down to the wire is that we find ourselves very much waiting for something determinant to happen. Many sage commenters and analysts are suggesting that both Liverpool and Manchester City are capable of breaking the ninety point threshold this season. Putting that into context that would essentially mean one of them not winning the title despite amassing more than three quarters of the total points available across the season. Staggering to say the least!

While City wobbled during December: dropping nine points from seven games, they steadied the ship and stopped the gap becoming insurmountable with victory over Liverpool just after the turn of the year. Liverpool for their part have been nothing short of relentless, failing to take maximum points on only three occasions other than the reverse at the Etihad, the last time being at Arsenal in early November.

The biggest improvement for Liverpool this time around has been their efficiency in dispatching the lower ranked teams, although Crystal Palace did threaten that on Saturday, with them only failing to take maximum points against other members of the top six in: Chelsea, Man City twice and Arsenal.

With the teams separated by just four points with fifteen games to go, it feels very much a case of waiting to see which one of the protagonists will blink first. Looking at the upcoming fixtures: Liverpool travel to Old Trafford at the end of February, host Tottenham at the end of March and then Chelsea the week before Easter; while City host Arsenal and Chelsea on consecutive weekends to start February, face their cross-city rivals United away in mid-March and then face Spurs over the Easter weekend.

However it is often not the games against the other members of the ‘Big Six’ which decide the destination of the title  but slip-ups against the lower lights of the league, in games where the pressure really starts to bite and points are squandered when they really should be a formality. Nerves and tension do funny things to teams chasing the biggest prize; when, as an inimitable Scotsman unforgettably called it, it becomes ‘squeaky bum time’.

Another, not insignificant, factor is the potential impact of the Champions League for both clubs. Since the Sheikh Mansour takeover in 2008, the crystal clear ambition of the owners for Manchester City has been to establish themselves amongst the very elite of European/ World football not simply by dominating the domestic league but by winning the Champions League. It is this aspiration that led to the drawn out pursuit and eventual recruitment of Pep Guardiola. It is also something which the coach himself has reaffirmed, stating: “For the people who don’t love us too much, who use money as an argument, then we have failed if we don’t win the Champions League.”

As Our Kid is fond of reminding us long-suffering Gooners, Liverpool’s history in Europe’s blue-riband competition is rich; yet despite their storied past and coming so close to a sixth success back in May, might getting past Bayern and going on another run in the competition prove detrimental to their championship aspirations?

Remembering back to the two recent occasions when the Anfield club genuinely challenged for the title: they were eliminated from the Champions League by Chelsea in the quarter final under Rafa Benitez in 2008/09 and weren’t even in the competition for their next near miss under Brendan Rodgers in 2013/14. While they would never deliberately throw the competition, might an early elimination, if it were to happen, prove to be a blessing in disguise?

City were notably knocked out of last season’s Champions League at the quarter final stage by Jürgen Klopp’s charges, over two scintillating clashes that piqued the interest of neutrals just as much as supporters of the two clubs themselves. City face a seemingly conquerable Schalke 04 in the next round so will be confident of progressing deep into the competition this time around, especially if they can avoid the men from Anfield this season.

Thinking back to last season’s clashes as well as this season’s ‘bore draw’ at Anfield and the end to end clash at the Etihad a couple of weeks back has drawn the suggestion that City-Liverpool is the Premier League’s big new rivalry and should be compared to the United-Arsenal, United-Chelsea, Liverpool-Mourinho Chelsea and United-City conflicts of the past. While the clashes have been thrilling with high-tempo entertaining football the norm, for the most part, it is perhaps a bit too early in the narrative and lacking in the drama-enhancing needle and/or bad blood that would place it in such exalted company just yet.

Despite another recent hiccup, namely defeat at ‘home’ by Ole Gunnar Solskjaer’s re-enthused Manchester United, Tottenham had been vehemently staking their claim to be considered as part of the title race. That defeat and the resultant five point gap behind City, the loss of Son Heung-min to the Asia Cup and the injuries to Harry Kane and now Dele Alli may prove barriers that are just too much to overcome if they are realistically going to have any chance of overhauling both City and Liverpool.

It seems very much as if we are looking at a two-horse race, while City started the season as favourites based on last season’s domination, such has been Liverpool’s form and most specifically their miserly defence, the aberration against Crystal Palace last weekend aside, that increasingly the smart money seems to be favouring the Anfield club ending their twenty-nine year wait for the title.

Without wanting to bet against them, it strikes me that up to this point Liverpool have benefitted from operating under the radar to an extent, with the media spotlight being well and truly on City and the Mourinho-driven shenanigans at Old Trafford. They have also benefited from playing first in recent weeks with City then having to follow up knowing their rivals have won. As of next week City will play first in four of the next five rounds of fixtures giving them important opportunities, assuming they win the games, to pile the pressure on Klopp’s men. While they are very much in the driving seat at this stage, it is likely to be the extent to which they can handle the pressure that will determine if Liverpool can sustain their challenge this time around where they have buckled before.