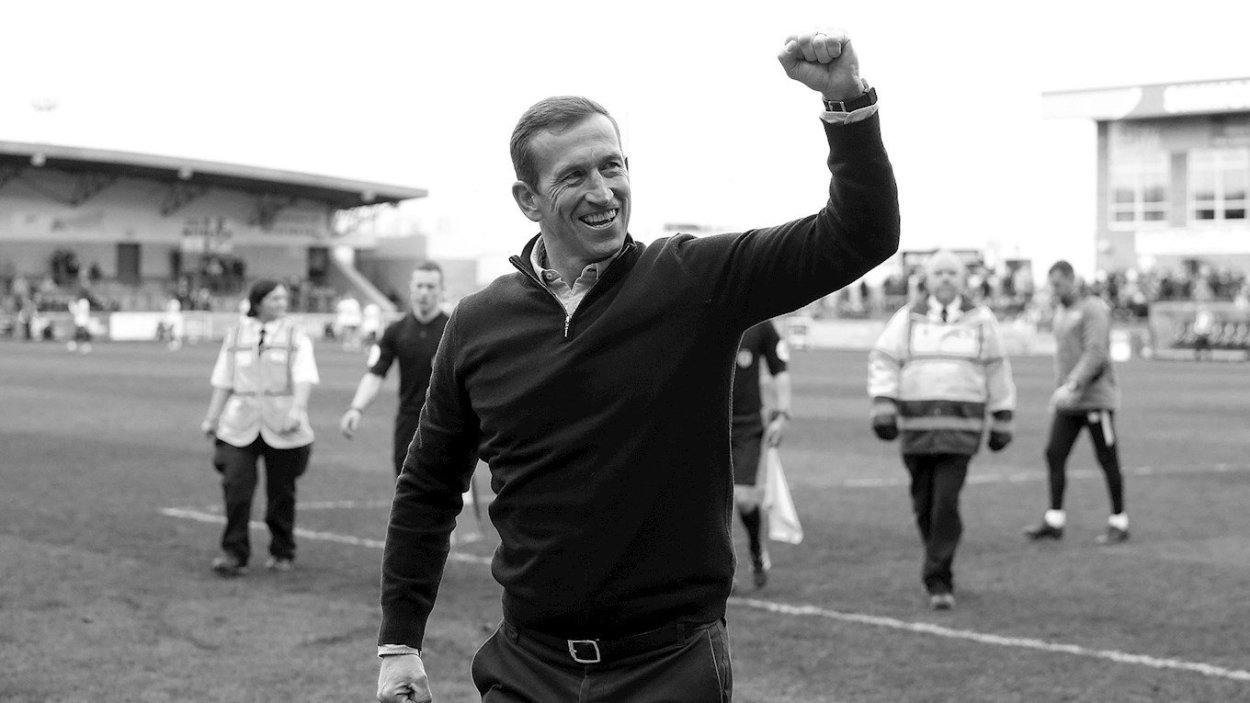 Even as I sit here trying to write these sad words a few days after the devastating news came through that Leyton Orient’s title-winning manager Justin Edinburgh had so tragically passed away, I still find it utterly beyond acceptance and comprehension. That the man who delivered redemption for us by leading Orient back to the Football League will never again take his place in the Brisbane Road dugout seems a truth too harsh to bear.

While our thoughts and prayers will rightly rest with Justin’s family, the pure outpouring of emotion amongst Orient supporters, alongside those of his previous clubs and the wider football world, demonstrates the esteem and reverence within which our manager was held.

Mrs Football Nerd and I were in New York celebrating our wedding anniversary when the heart-breaking news came through last Saturday that the manager of our beloved club, the man who had brought us so much joy just six weeks previously, had not recovered from the cardiac arrest he had suffered.

So many incredibly touching thoughts and emotions have been expressed by so many in the days that have followed, the shared sadness in a small way cathartic. The tears have flowed on a regular basis as we have read so many moving tributes to a man that brought so much to so many.

In Justin’s own words when he came into the club it was “on its knees” and “headed only one way: to the National League South”, as the spectre of a second successive relegation loomed over a club ruined by the malevolent mismanagement of its previous owner. However step-by-step, piece-by-piece, he started to turn things around, first shoring up a defence that was leaking way too many goals and then starting to introduce a style of attacking football that would eventually, thrillingly, take us back to where we all knew this oh-so-special club belonged. The thirteenth place finish at the end of 2017-18 an indication that we were moving in the right direction.

Expectation and belief grew as the club reeled off a record thirteen game unbeaten start to the season seizing control of the top of the table. Sticky spells were negotiated, points and victories rescued late in matches, until with just one game to go at home to already-relegated Braintree Town destiny beckoned, a solitary point was all that was required to secure our return to the promised land of the Football League.

No one who was there that day will ever forget the scenes of celebration and jubilation on the pitch, Nigel and Kent saved our club from the brink of extinction but Justin was the man they and we needed to deliver the results on the pitch and secure the title and promotion.

Those of you who have read these pages before will know that Mrs Football Nerd’s and my obsession with Orient is still in its relative infancy, certainly in comparison to those with decades dedicated to the cause. However it is with an immense sense of pride that we have lived and breathed every single moment of Justin’s glorious reign and had the absolute honour on that glorious day of the 27th of April of shaking him by the hand and thanking him for what he had done for our club, and in truth for us.

Upon returning from our holiday, we simply had to go to the ground to pay our respects, although neither of us had ever felt so distraught at going to any football ground, let alone our spiritual home of Brisbane Road. It took a couple of pints in the Coach & Horses, normally a venue bristling with tension and excitement ahead of a match but this time a place for quiet contemplation, to steel our nerve before heading down to the ground.

At first we couldn’t find the words to express our condolences, but sombre reflection as we looked at the flowers, jerseys, scarves and other tributes left on and around the bench, Justin’s bench (even if none of us remember him actually sitting on it!), helped us to put our thoughts onto paper just as so many others had and continue to do.

When we go back, and we all know we will because we simply have to, it will be one of the toughest things we have ever faced as football and Orient fans, the result of whatever is the first match to be played will pale into insignificance compared to the sense of loss that we will all feel. However every single one of us owes it to Justin, to pull together, to support each other and to make sure that we pick up where he left off. He led us from the darkness into the light and it is now down to us all: owners, club, coaching staff, players and fans to carry it on.

4 thoughts on “Thank you Justin. Taken from us way too soon but never ever forgotten.”