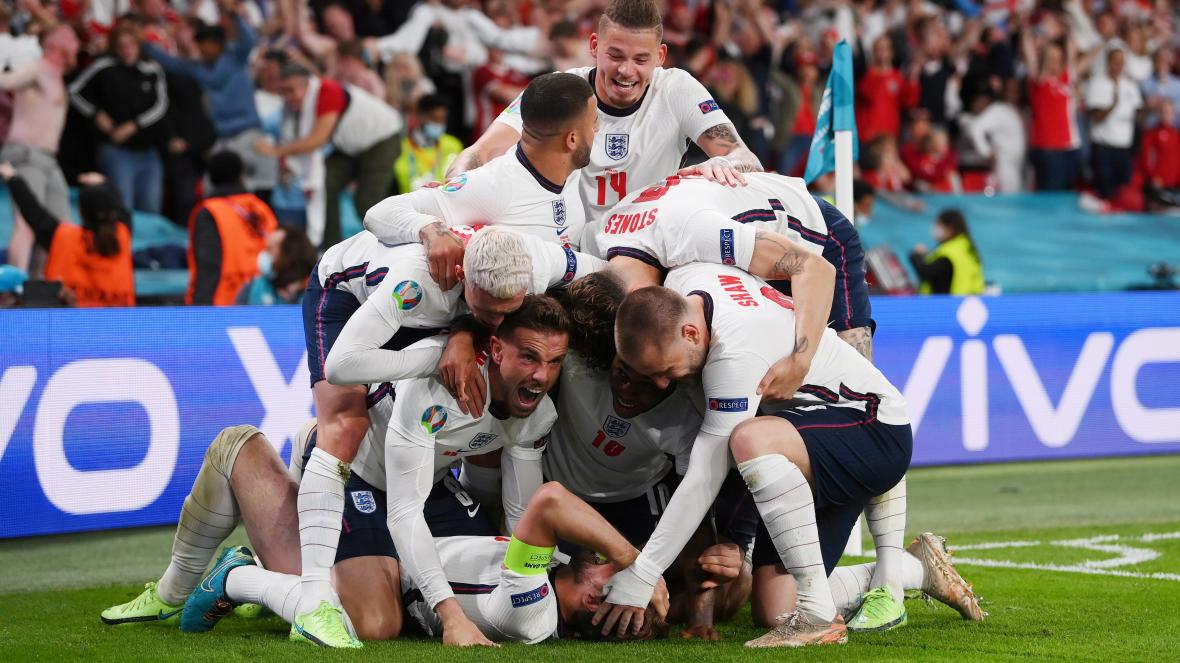 So, have we all recovered from Wednesday night then? For only the second time in their entire footballing history England will play in the final of a major tournament. In achieving that Gareth Southgate and his players are helping long-suffering England fans to banish memories of all those glorious failures of the past, especially those semi-final defeats: twice on penalties to Germany and the cruel loss to Croatia in Russia three years ago.

Of course, there is absolutely no guarantee that we will overcome what has looked so far to be a very strong Italy side under Roberto Mancini, yet just being involved in the last match of a tournament feels like a significant step forward in England’s continued development under Southgate.

There is no question that the first semi-final on Tuesday evening was the better match as a spectacle, it was an exciting and flowing game thanks, as noted by Mrs Football Nerd from the early stages, in no small part to the performance of German referee Felix Brych who right from his first whistle made it clear that he wasn’t going to tolerate or be fooled by the anticipated play-acting, simulation and generally disruptive play that the two nations have proven adept at over the years. Maybe it was a good thing that our old friend Sergio Ramos was left at home in that case!

As a result of Herr Brych’s approach the game proved to be both intriguing and exciting, both teams had periods when they seemed in the ascendancy if not in complete control of the match, although if I had to plump for one of them it was probably Spain that slightly shaded it, despite the vagaries of Álvaro Morata’s performance. How is it possible for a player to produce the kind of incisive skill that created Spain’s goal one moment and then clumsily “dribble” the ball over the goal line the next? There is definitely a player in there somewhere, you don’t play for clubs like Real Madrid, Juventus, Chelsea and Atletico Madrid, or indeed attract the kind of transfer fees that he has if there isn’t, but it just seems that neither the player, or anyone else for that matter, knows whether he will deliver or fluff his lines spectacularly at any given opportunity.

Despite taking the lead through a lovely strike from Federico Chiesa after a sweeping attack on the hour mark, Italy didn’t seem to hit the level that some of their earlier performances in the tournament hinted that they might. After being pegged back by Morata’s drive through the middle and strike with 10 minutes to go, Italy did well to hold firm through extra time although it became somewhat of a scrappy affair, and once a penalty shootout looked the obvious conclusion, I for one was convinced that they would be the stronger side. So it was to prove thanks to Morata’s woeful effort and Jorginho’s trademark start-stop-shuffle-slot-it-into-the-empty-part-of-the-net approach that we have seen so many times before.

That is now 33 games unbeaten for Italy, a run stretching back to September 2018 when they sought to rebuild themselves after failing to qualify for the World Cup in Russia, whether they can make it 34 will very much depend on how strong an opponent England prove to be on Sunday evening.

Reflecting on England’s progression through the tournament so far and the wins over Germany, Ukraine and now Denmark have given it a glossy finish. It is easy to forget that there were some serious question marks hanging over both Southgate and the squad in the group stages, especially after the disappointing goalless draw against the auld enemy Scotland. Let us not forget that there was actually booing after the final whistle at Wembley after that match, as well as criticism of team selection, a perceived lack of creativity and some of the players, the captain Harry Kane especially, looking exhausted after a hectic campaign.

In many ways drawing Germany in the round of 16 was probably the catalyst that sparked England to what has already become their best tournament performance since 1966. If ever there was a good time to play the Germans, this was it. The result itself meant only passage to the next round, dragging a monkey off our back that had been there since at least 1990, meant so much more to players, coach and fans alike. It may have been the worst German national side in living memory but to win and in normal time with such a professional approach, fired the belief in everyone. Just imagine how we would have all felt if we hadn’t won it, personally I am not sure the players or us fans would have ever recovered.

Once that formidable psychological barrier had been cleared, you could almost see the players both relax and start to truly believe in themselves and what they might go on to accomplish. The 4-0 rout of Ukraine saw England looking like a team that not only believed but knew it was going to win. The win over Denmark proved a greater challenge, especially after going a goal behind for the first time in the tournament just half an hour into it.

As good as Mikkel Damsgaard’s 25-yard free kick was for Denmark, it was the reaction from England that was truly heartening for anyone supporting them. Where in the past heads probably would have gone down on the pitch, in the stands and around the nation’s living rooms and pubs, this time there was a feeling of a renewed sense of purpose, to overcome this initial setback and focus on the task in hand: levelling the tie and pushing on for the result.

Within ten minutes we equalized when Simon Kjær bundled the once again impressive Saka’s cross aimed for Sterling into his own net.  That goal changed the dynamic of the match to an extent with England amping up the pressure on the resolute Danish rear-guard, without it has to be said creating very much in the form of clear-cut chances.

Into extra time we went with the nagging fear in the back of every England fan’s mind that we might be headed towards the dreaded penalties. Thankfully as well as belief England seem to have imbued themselves with a healthy dollop of good luck as well. The penalty award just as we approached the end of the first period of extra time looked to me as falling into the “seen ‘em given” category to which pundits generally refer, mind you I was convinced we should have had one earlier when Kane was felled in the box. In the cold light of the following day it seems that Sterling very much “won it” shall we say, and there was apparently another ball on the pitch at the time.

Even though Kasper Schmeichel saved the skipper’s initial fairly tame effort, lady luck was smiling on us once again as the rebound fell straight into Kane’s path who made no mistake at the second time of asking. Moments later Mathias Jensen had to leave the pitch due to injury forcing Denmark, who had used all their permitted substitutes, to finish the game with ten men, whisper it quietly but the second period of extra time was fairly comfortable for England, the final whistle sending the nation into raptures.

The following morning you would have been forgiven for mistakenly thinking that England had already won the tournament and that football had already come home, given the level hyperbolic euphoria across the media. Others amongst us realise however that there is still another very tough match to play before then.

While they were taken all the way by a largely unheralded Spain side in the semi-final, Italy pose a significant challenge and may even go into the final as slight favourites especially given the respective paths each side has taken. No longer are they the defensively-founded team of yesteryear, although the two “nightclub doormen” of Giorgio Chiellini and Leonardo Bonucci in the heart of the defence still pose a significant obstacle to be overcome and offer something of a throwback reminder of past Italian club and national teams. Even without the injured Leonardo Spinazzola who provided so much of their attacking impetus before rupturing his achilles against Belgium, they are an exciting attacking team capable of scoring some high-quality goals and may well provide the biggest test of England’s defense yet.

Sunday night, indeed most of the weekend that precedes it, promises to be another one of those occasions were nervous anticipation and tension take over the nation; if Gareth Southgate can find a way to raise the standard of his players’ performance to an even higher level than we have seen so far then we might just get what we have all been dreaming of for so many years. Now Mr Johnson about that extra Bank Holiday…