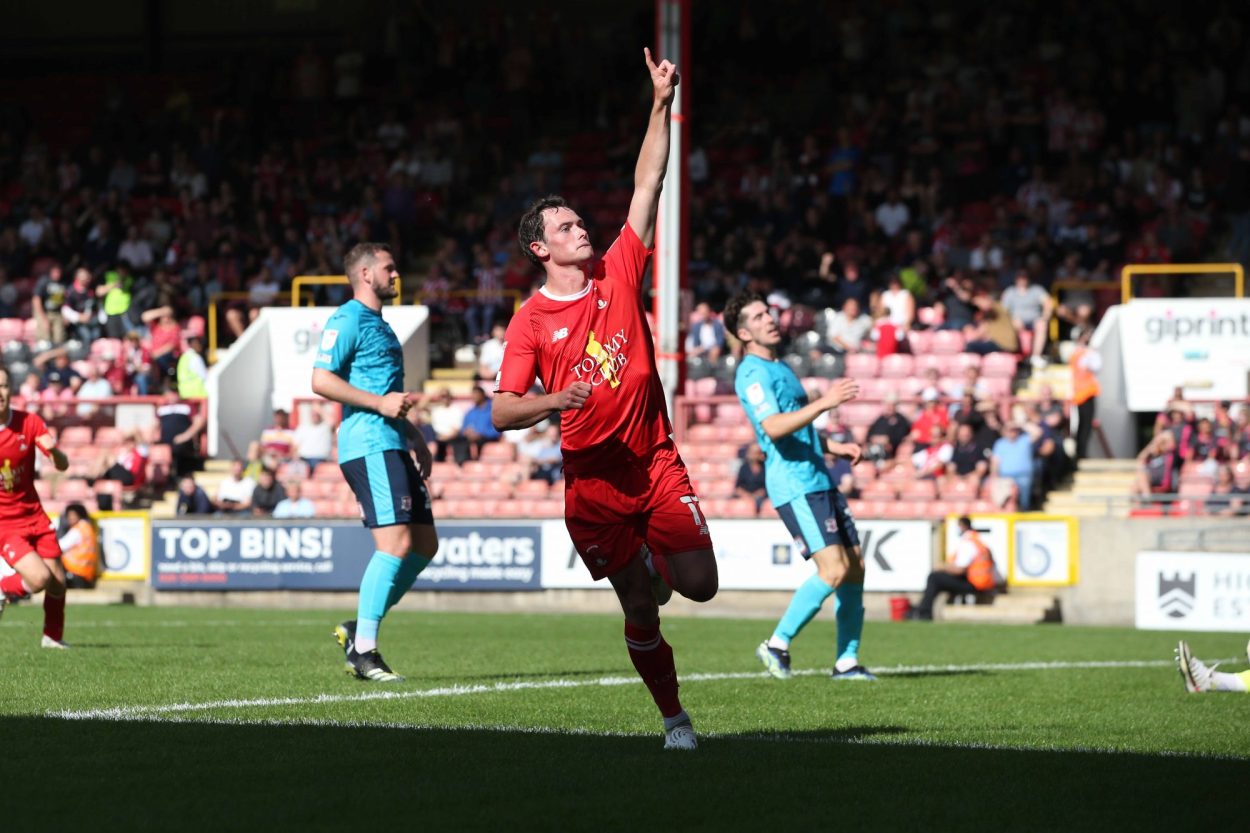 Some brief musings this week as thanks to the postponement of the Harrogate Town game scheduled for Tuesday night there is only one game to reflect on, the win over Exeter City last Saturday.

Since KJ’s appointment as manager there has been a tangible feelgood atmosphere around the club, while we as Orient fans are understandably somewhat cagey in being optimistic, the quality of signings that have come in and the very obvious improved organisation and shape of the team have given us an indication of how this squad might develop going forward. If there has been one area of concern for the Orient faithful it has been with regard to our attack.

Aaron Drinan has offered work rate aplenty but up until the QPR match there was some concern about the number of goals he would score. Similarly, Paul Smyth who has also had to miss early game time due to injury and seems more suited to a wide role. Ruel Sotiriou, if selected, tends to play wide on the right and but for a goal against Spurs in pre-season seems to have misplaced the shooting boots he had a couple of seasons ago. Meanwhile up until a late cameo on Saturday we hadn’t seen anything at all of 6 foot 5 Harry Smith.

As fun as awaydays and cup ties are, there is always something very special about the first home league game of a season. It is a chance to get back into the usual matchday routine, to go to your usual pre- and post-match hangouts and to catch up with people you haven’t seen for a while. This time it was even more special because of how long it had been since we had been able to go to Brisbane Road every other week. As often happens for these occasions, the sun was shining and I think that added to the positive frame of mind of the Orient faithful.

It is notoriously difficult to predict how the lower leagues will shape up at the start of the season, there is usually quite a lot of churn within the squads something which has been very evident as clubs try to manage their finances in an attempt to limit the impact of the pandemic. At the same time the gruelling 46 game league programme which normally contains a healthy dollop of midweek games, means most teams have good and poor spells which can move them up and down the league quite significantly in a relatively short space of time.

Securing a point away at Salford, one of the favourites for promotion, we presume was a good result, but we really needed to follow it up with a performance and win at home. Exeter City finished two places above us in the last campaign so it was exactly the sort of game that we should be winning if we are serious about finishing higher up the table.

The Orient line-up was unchanged from Wednesday evening, which may have been a reward for the performance the players put in, but it might also hint that KJ has a very clear picture of who is in his first choice eleven coupled with the relatively small squad we currently have.

Up until that goal against QPR I felt that for all his effort Aaron Drinan needed a goal to boost his confidence and to get him going for the season. Lo and behold after just 7 minutes of this one he found the net again. It was Theo Archibald that flicked a long ball forward on for Drinan to run onto and he showed the composure to slide it home from close range. So far so very good for the season.

In the matches we have seen to this point under the new manager the defensive organisation and greater robustness has been what has stood out the most, however this match was the one where we started to see the football that KJ wants us to play, it was slick and crisp and full of attacking intent and for large parts of the first half we were comfortably in control.

As we approached the half hour mark we were awarded a free kick in a promising position, skipper Darren Pratley came over to have a word with Tom James before the full back could take it and then seemed to point to Omar Beckles to create a gap to run into. It was clearly a pre-planned routine as James’ free kick was aimed right at Pratley, he swung a foot at it although didn’t really get anything on it but it rolled through to Omar Beckles to bundle home his second goal of the season, not bad for a centre back. The half-time pints have a tendency to taste all the sweeter when you are 2-0 up and playing well.

Rather than sitting on what we had, we started the second half in very much the same manner as we had played in the first, on the front foot and very much in control of the match, until of course the referee decided he wanted to get involved. Exeter’s Jevani Brown chased into our area and collided with Vigs who had come out to collect the low ball. The referee pointed to the spot, the key question for me being whether the contact by the keeper had made the player go down or whether he had thrown himself down, very much one of those that you have seen given both ways.

Vigouroux for me just seems to have a manner of exuding confidence whatever situation he is facing, and for some completely unexplained reason I had a sneaky feeling in the back of my mind that he would save this one. Not only did he save Jay’s weak effort, he was alert and up on his feet to turn away an effort from the rebound.

With fifteen minutes left to go Exeter’s Johnny Grounds was shown a second yellow card for a clumsy and tired tackle on Darren Pratley. Orient with their new-found attacking intent wasted no time in capitalising on their man advantage, Harry Smith on as a sub for our first look at him rattled the crossbar from a Drinan cross only for the linesman to raise his flag as the ball had drifted out of play. The latter had moved wide right to accommodate the target man but looked equally, if not more, adept operating from the flank than centrally.

Moments later came the move of the match and one of the best passages of play we have seen from Orient in a good while. It all started from Vigs in our net but the sweeping move that followed that saw Drinan sent away by Hector down the right before setting up fellow wide man Archibald provided a tantalising glimpse of the football we might see this season. While obviously we shouldn’t get too carried away just yet, if we can continue to deliver performances of this quality we might well be in for a very exciting season. #Jacketball as the club’s social media pages dubbed it!

Next up is Carlisle which for Mrs Football Nerd and I represents awayday number 2 in our madcap season-long adventure, just the trifling 526 mile 8 hour plus round trip for us, but if the O’s put in another display like that and really start to build the momentum it will be more than worth it. Here’s hoping!