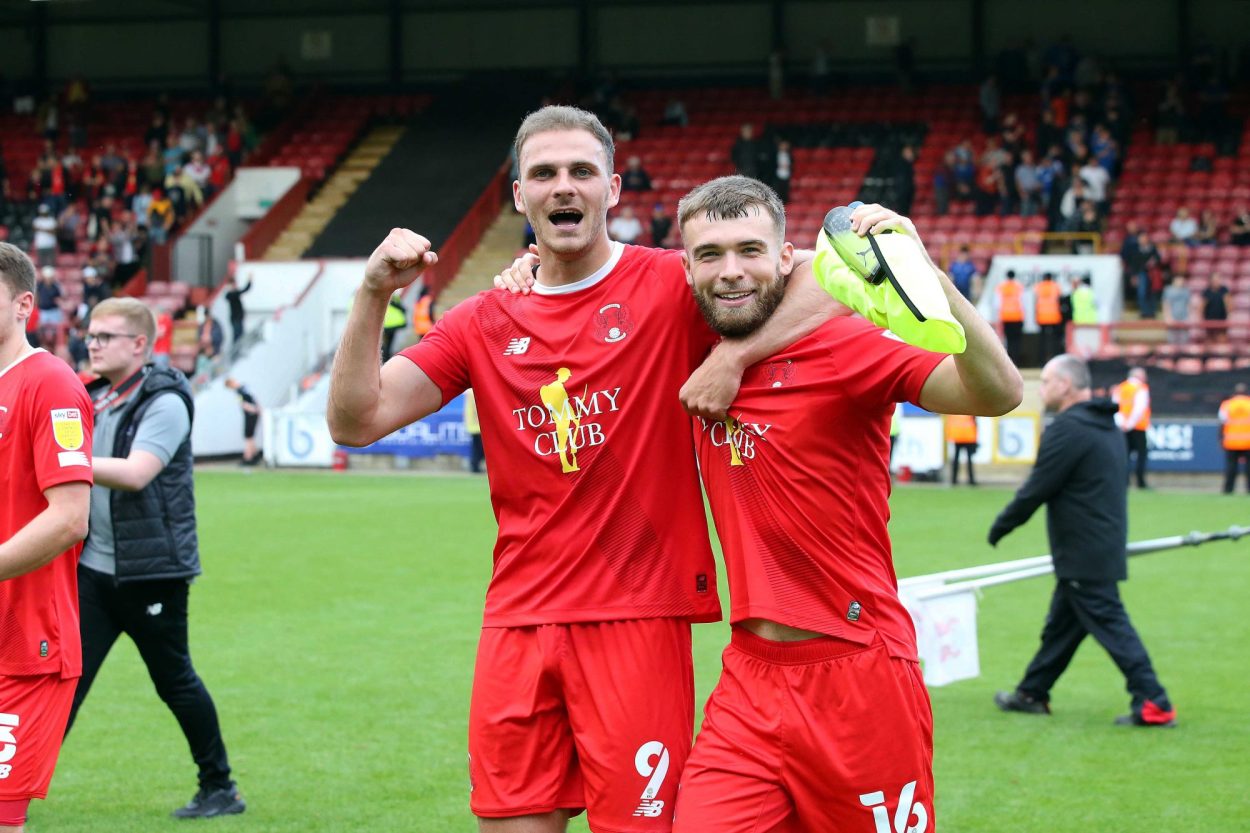 After the impressive enough, even if slightly disappointing, draw in South Wales it was back to the home comforts of Brisbane Road for the O’s this week, the first a league match against a struggling Oldham Athletic followed by a Tuesday evening EFL Trophy Group Stage match.

Going into Saturday’s game against Oldham there can’t have been many Orient fans who didn’t find the Latics plight both eerily familiar and highly emotional. Given what our beloved club went through just 4 years ago, as members of the true football family their current situation is one that we should not only empathise with, but it felt the right thing to do to show our support and to demonstrate that there may be a brighter future ahead if only they could find an owner or owners who actually know what they are doing and have a genuine and clear connection to the club. Mr Lemsagam and his almost as infamous brother seem to have neither from what I can see.

When I read the story about Lemsagam banning Oldham fans from buying tickets for their next two matches, the trip to Brisbane Road being the first of these, I was beyond infuriated. It for me is yet another example of an owner who shouldn’t be let anywhere near a football club ballsing things up, not wanting to be criticised and then trying to turn the focus of blame on the long-suffering supporters.

It has long been documented that the EFL’s Fit and Proper Persons Test is itself not fit for purpose, but for allowing what is happening at Oldham and what has happened at Blackpool, Bury, Macclesfield and our own Leyton Orient, the powers that be in the football authorities should hang their heads in shame. When Orient followed up the announcement by letting Oldham fans know that they could come down and buy tickets on the day it made me even more proud of our very special club.

Onto matters Orient though, and as I wrote in last week’s piece: “[The Oldham] match should represent an opportunity for Orient to truly put a side to the sword, as we have hinted at being capable of in spells in the Exeter and Bradford home games,” (Orient Nerd Weekly Ramblings: More dropped points on the road but the momentum is maintained). It’s most definitely not the case that I have been unimpressed or unhappy, the Harrogate game aside of course, with the way that the O’s have been shaping up, the performances or the results under KJ thus far, it’s just that I firmly believe there is more to come, hopefully a lot more, as the squad continues to bed in and gel together.

For the second match in a row KJ went with the 3-4-3 system, the only change in personnel was the return of fit again Dan Happe in place of Shad Ogie who had tested positive for Covid. The new normal strikes again hey! The fact that the O’s went with the same system for the EFL cup tie, even if KJ wasn’t there to oversee it due to non-Covid illness according to Joe Gallen (who the missus and I met on the Tube home on Tuesday evening- lovely bloke by the way) suggests that this might-well be our go-to formation as our cousins across the pond might say.

There is an old adage in sport that you can only beat what is in front of you and this match against a team second from bottom with only a win over newly promoted Sutton United to show for their efforts, felt like one of those occasions. It took Orient just over a quarter of an hour to open up their struggling opponents, winger/ number 10 hybrid Theo Archibald went racing through the inside left channel, from our perch in the East Stand we could easily see Aaron Drinan charging up in support on the right flank, as Archie entered the penalty area, he selflessly pulled the ball back for Drinan to slot home.

Just over 10 minutes later we were to notch another goal from a lighting break, this time right back Tom James latched onto a looping loose ball out on the right, raced forward and showing incredible composure as he approached the advancing keeper, stepped inside and fired the ball home with his left foot. Both goals were the kind of lighting counter attacks that are thrilling to watch, the way yours truly for one thinks football should be played. Vigs had little to worry about in our net other than a decent stop from a shot from range and we went in at the break with a comfortable and fully deserved 2-goal lead.

Oldham, their ears presumably ringing from some choice words from manager Keith Curle at half-time, raised themselves to an extent at the start of the second half, however after a brief flurry Orient were soon back in complete control, although we had to wait right the way up to the final 15 minutes for the third goal. Archie did well to win the ball on the goal-line on the left, he beat two defenders with clever footwork, drove into the area parallel to the goal-line before firing low past the keeper and into the net.

In stoppage time, Dan Kemp forced a save from their keeper with a header from point blank range (©Dulcet Dave), but Big H was following in to nod the ball home from virtually on the line. The victory lifted us up into third and the final automatic promotion place. Obviously, it’s still very early days but there can’t be many O’s fans who are unhappy about the way we have started the campaign. Words I realise that are enough to set alarm bells ringing about a wave of optimism breaking out in E10!

Tuesday evening brought EFL Trophy action and as I have said before I fully get the #BTeamBoycott notion that discourages many fans from going to these games, but the missus and I are either way too stupid or too hopelessly addicted to watching football (please delete as appropriate!) to pass up an opportunity to watch our Orient in midweek action. It also provides the opportunity to run the rule over some fringe, reserve and younger players.

In fairness it was far from being the greatest game we have ever seen, but a goal from Antony Papadopoulos, who was making his competitive debut, a win over a Premier League Academy side and a good run out for those squad players who haven’t seen that much action so far this season is nothing to be sniffed at. Plus, we got chatting to one of the new investors at half-time over from the States for his first experience of football in London and caught two of the first team squad hiding by the side of the West Stand munching away on snacks from the concessions stand. Obviously for fear of getting them into trouble with whoever oversees nutrition at the training ground we won’t reveal their names, thankfully there was no evidence of them being on the beer!

This week sees the trip to Bristol, awayday number 4 on our madcap Orient adventure, it carries with it a strange sense of déjà vu given that we passed through it on the way to Newport just a fortnight ago. Having dropped down from League 1 last season, Rovers would have surely been amongst most people’s favourites to be in the promotion mix but just 2 wins from their opening 7 games sees them down in 22nd spot. Taking nothing for granted at all, this would be an excellent time for KJ’s men to register their first win on the road of the season.