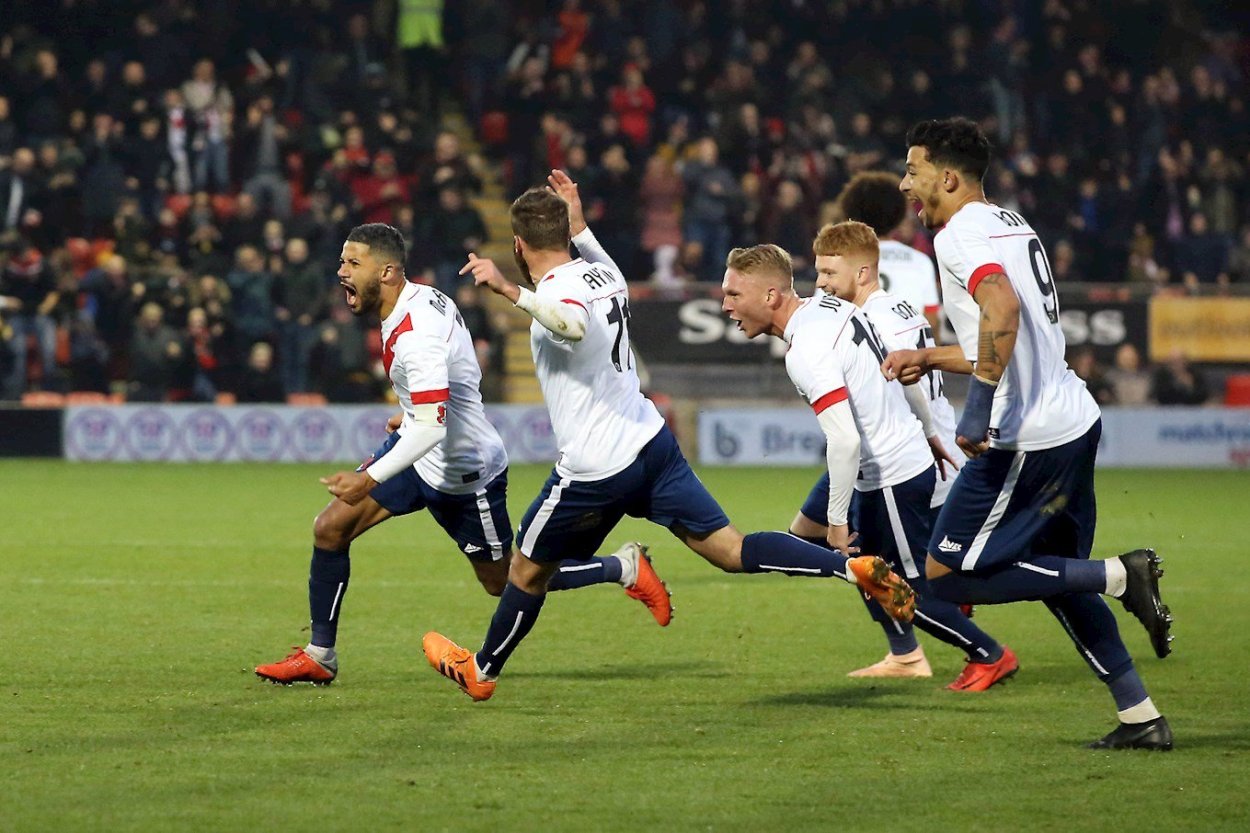 After getting back from Istanbul, it didn’t take long for the missus and me to re-immerse ourselves in football and most specifically all things Leyton Orient, with some highly moving and emotional remembrance commemorations linked to the First World War. For those unaware, Clapton Orient, as they were back then, were the first club whose players and staff signed up ‘en masse’ to join the fighting across the Channel. A total of 41 of the club’s players, staff and supporters joined the 17th Middlesex Regiment (1st Football), more commonly known as the Footballers’ Battalion.

On the 24th of April 1915, after a 2-0 victory over Leicester Fosse, the ten players who had signed up changed immediately into their infantry uniforms and marched around the pitch bidding farewell to the 20,000 supporters who had gathered for the final match before they headed off to France.

The Footballers’ Battalion was heavily involved in the Battle of the Somme where so many lost their lives. For Orient centre forward William Jonas, defender George Scott and star goal scorer and hero to the community after saving two young boys from drowning, Richard McFadden, were never to return. Others sustained injuries that ended their football careers, although remarkably goalkeeper Jimmy Hugall who was wounded on three separate occasions, including an injury to his eye, took the field upon his recovery and resumed his professional football career.

Since 2006 a number of Orient supporters and members of the Royal British Legion have visited the graves of the three players over in France to pay their respects and in 2011 they successfully raised funds and placed a memorial to the O’s players at the village of Flers.

The story of these heroic players was told in a book published in 2005: ‘They Took the Lead’ by Stephen Jenkins, which has since been turned into a play ‘The Greater Game’ which Mrs. Football Nerd and I had the honour of being able to go and see the weekend before last. Whether it was because of our affiliation with Orient, or the tragic yet inspiring nature of the story, or most likely both; neither of us could recall seeing such an emotional and moving production. There wasn’t a dry eye in the house as the play reached its conclusion but strangely the experience was almost cathartic and seemed to strengthen further our bond with this very special football club.

For the game against Bromley the following day, Orient were to wear a special commemorative kit which was based on the white shirt with red chevron and blue shorts and socks that had been worn by those brave heroes more than 100 years ago. However in another classy and thoughtful move the club had secured the permission of its sponsors to be allowed to omit the usual branding. The kits were also going to be auctioned after the game with all proceeds going towards erecting a permanent gravestone for Orient Captain, hero, and the first to sign up to the Footballers’ Battalion: Fred ‘Spider’ Parker. The play, the kit and the inspiration behind them were just further examples of the Orient family doing things in the right way.

Almost coincidentally, as a further part of the commemorations marking the centenary of the First World War, a vast display of 72,396 shrouded calico figures had been installed at the Olympic Park, representing the men of the British and Commonwealth forces who were killed during the Battle of the Somme, but whose bodies had never been recovered. With the installation lying immediately on our route from home to Brisbane Road, there was no way that we weren’t going to go and pay our respects. Standing there, witnessing the sheer scale of loss and tragic waste of life was an experience that I am sure neither of us will ever forget.

After such moving and emotional experiences in the build-up the game itself almost seemed of secondary importance, even to two hopeless football obsessives such as us. As the teams emerged from the tunnel, the tribute kit looked absolutely fantastic and evoked moving memories of the story we had seen in the play the evening before. Wreathes were placed in the middle of the pitch and the minute’s silence and Last Post were impeccable observed by the sold out ‘football for a fiver’ crowd and we all settled down to watch the match.

Such has been Orient’s form so far this season, with their only league defeat coming as a result of some fairly ‘robust’ tactics from Sutton United, that teams coming to Brisbane Road are going to set out to try and stop the O’s from playing their football. So it was to prove with Bromley. The first half was a largely niggly affair, a fizzing shot from Josh Koroma being the only real threat to the Bromley goal. Then five minutes before the break Bromley won a free kick on the left edge of the penalty area, Goddard drove it in and it nestled beyond Brill and inside the far post.

Almost immediately Orient lifted themselves in response, captain Jobi McAnuff seemed to move more in field and thereby had a greater influence on the O’s attacking play. Gorman nearly restored parity when his curling effort from the edge of the area whistled just past the post. It gave us hope at the break that Justin Edinburgh would work his half-time magic once again.

Indeed the second half was much more the Orient that we have seen for the most of the season, the passing was higher tempo and more incisive and created a couple of good early chances. Just over ten minutes in Jobi McAnuff equalized with a brilliant curled free kick over the wall and into the top left hand corner sparking pandemonium around the ground. Just minutes later the noise level went up a further notch when a sweeping counter attack released Koroma who beat his man to the right and then to the left before smashing home. It was a stunning turnaround.

Eventually leading scorer Macauley Bonne put things beyond doubt firing home from close range after Gregory in the Bromley goal had spilled McAnuff’s low shot. Brill had to make a reflex save to maintain the two goal lead but the O’s held firm. It was another important victory as Orient look to continue and strengthen their promotion push, but in many ways with the all the commemorative events and activities around it, it felt that it was about way more than a football match.

One thought on “Orient pay an emotional and fitting tribute to World War 1 heroes.”