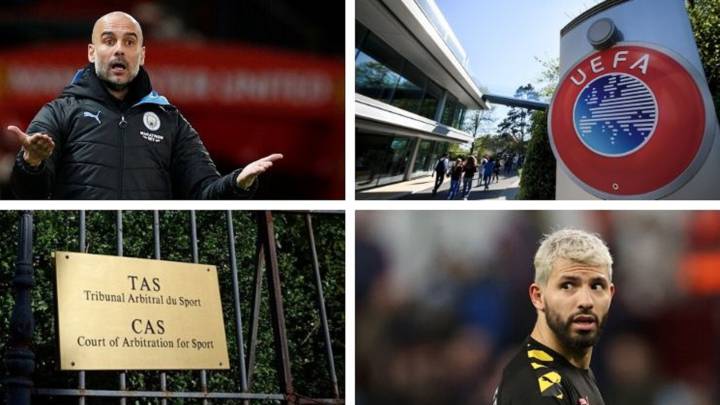 UEFA’s announcement last Friday that Manchester City would be banned from participating in European competition, (in their case the Champions League), for two seasons for breaches of Financial Fair Play (FFP) regulations, may have been several years in the making but it was still somewhat surprising as most of us doubted whether UEFA would actually go through with banning a high profile club in breach of these regulations.

Ever since the introduction of FFP, it has always felt that European football’s governing body need to be seen to be genuinely threatening clubs in breach of the rules, but the more sceptical (read: anyone with any experience of watching UEFA ‘in action’) amongst us doubted that, if push came to shove, the suits in Nyon would really cut their nose off to spite their face by excluding high-profile teams from their competitions.

For a number of seasons Man City fans, and if rumours are to be believed the officials of the club itself, have operated with a barely veiled contempt towards UEFA with the Champions League anthem booed when it is played at the Etihad. The underlying reason for the ongoing animosity is a perception that the powers-that-be are deliberately working against City’s interests and in favour of a supposed European elite, quite who that is hasn’t been explained explicitly yet we could probably could all hazard a guess at who it might allegedly include!

There are a number of cited reasons for this feeling of injustice, including: perceived insufficient fines for Porto after fans racially abused Mario Balotelli and Yaya Touré, being fined more themselves for being 30 seconds late back onto the pitch for the second half of a game against Sporting Lisbon, and their fans being banned from an away game against CSKA Moscow because of the previous actions of the home support. However, the main bone of contention centres on the £49 million fine, the transfer restriction and limits to the size of their Champions League squad levied in response to an infringement of FFP regulations in 2014.

This most recent sanction on City, which also includes a €30 million fine, has come in response to the club committing: “serious breaches of the UEFA Financial Fair Play Regulations by overstating its sponsorship revenue in its accounts and in the break-even information submitted to UEFA between 2012 and 2016”, and failing to “cooperate in the investigation of this case by UEFA’s Clubs Financial Control Body”. On the face of it, it seems like UEFA mean business much to the surprise of most of us, although City fans might suggest that this only supports their ongoing conspiracy theories, just because you’re paranoid doesn’t mean they’re not out to get you!

Inevitably City will appeal their ban but, assuming there isn’t a complete climb down by the authorities, it does seem likely that they will miss out on the Champions League for at least a season. Such an exclusion will undoubtedly have significant ripple effects across a number of areas.

Primarily a ban from the very competition that City are so determined to win would bring into question the future of their Head Coach, Pep Guardiola, who was brought in with the specific target of leading them not only to domestic dominance but also to establish them amongst the very elite of European football by winning the Champions League for the first time in their history. With a contract that runs only to the end of next season would Pep stick around if they weren’t permitted into the Champions League?

Of perhaps even graver concern might be the potential retention of key members of their squad as well as their ability to address the much-needed rejuvenation, highlighted by the fact they trail Liverpool by 22 points, without being able to offer Champions League wages.

According to reports released in November, City’s wage bill leapt by £55 million to reach £535 million in the previous year, surpassing even Real Madrid to become the top payers in world football. If we assume that the alleged inflating of incomes was to make that ‘affordable’ even with the much-needed Champions League revenues, it would seem evidently apparent that that level of expenditure will no longer be sustainable without being allowed to dine at European football’s top table for any period of time.

Underneath any European sanctions lies the threat that City are also very likely to be in breach of Premier League Financial Fair Play regulations, given that by all accounts the two regulatory frameworks are very similar in nature. As a result City could also be facing domestic sanctions which could even include a points deduction.

Although on their potential exclusion has, even at this early juncture, breathed renewed life into the battle for European qualification in England as just 7 points separate Chelsea actually in fourth, but nominally in third in terms of the European places, and Arsenal and Burnley in tenth and eleventh.

In essence if UEFA’s ruling is upheld by the Court of Arbitration for Sport (CAS), even if the length of ban is reduced, and City are to miss out on Champions League football at least for next season then this places even greater importance on this season’s competition for them. It feels very much the case that they might be in the last chance saloon for establishing themselves at the very pinnacle of European football, a journey they started nearly 12 years ago. Might this season see them going sh*t or bust to crown their rise to the very top of the game and the fulfilment of the ‘project’?

Of course you don’t need to be a forensic accountant to reach the conclusion that Manchester City may not be alone in stepping over the boundaries and limitations of Financial Fair Play. One only need cast a glance in the direction of France and note that in one free-spending summer in 2017 alone, PSG splurged a grand total of €422 million to add Neymar and Kylian Mbappé to their already star-packed playing staff. With Ligue 1 having nowhere near the income of the Premier League it begs the question of how they could possibly afford those transfers and associated wages without breaking the rules?

PSG were investigated for a breach of financial regulations in 2018 but the investigation was ultimately brought to a close and cannot now be re-opened thanks to a ruling on an appeal to CAS by the French club, which found that the decision to close the initial case was “final and binding”. Of course such a situation doesn’t prove PSG’s innocence, in fact the cynical amongst us might suggest that PSG’s accountants and lawyers were simply too cute for UEFA.

In June last year AC Milan reached a deal with UEFA by which they would not take their place in this season’s Europa League in return for an end being brought to the proceedings against the club for overspending between 2016 and 2018.

Worryingly, these three high profile cases may be just the tip of the financial malpractice iceberg, what if there are more and more? UEFA simply can’t not follow through on these or future cases even at the risk that exiled clubs break away and look to form their own competition where spending isn’t restricted and the clubs govern themselves.

Financial Fair Play was introduced to “improve the overall financial health of European football“, essentially to ensure that clubs don’t overspend their means and end up in financial trouble, UEFA have no choice but to impose their regulations but in doing so run the risk of at best diluting their competitions and at worst driving the elite clubs away.

One thought on “Football Nerd Weekly Ramblings- UEFA can’t afford not to follow through on their punishment of Manchester City but need to be wary of the potential future implications.”