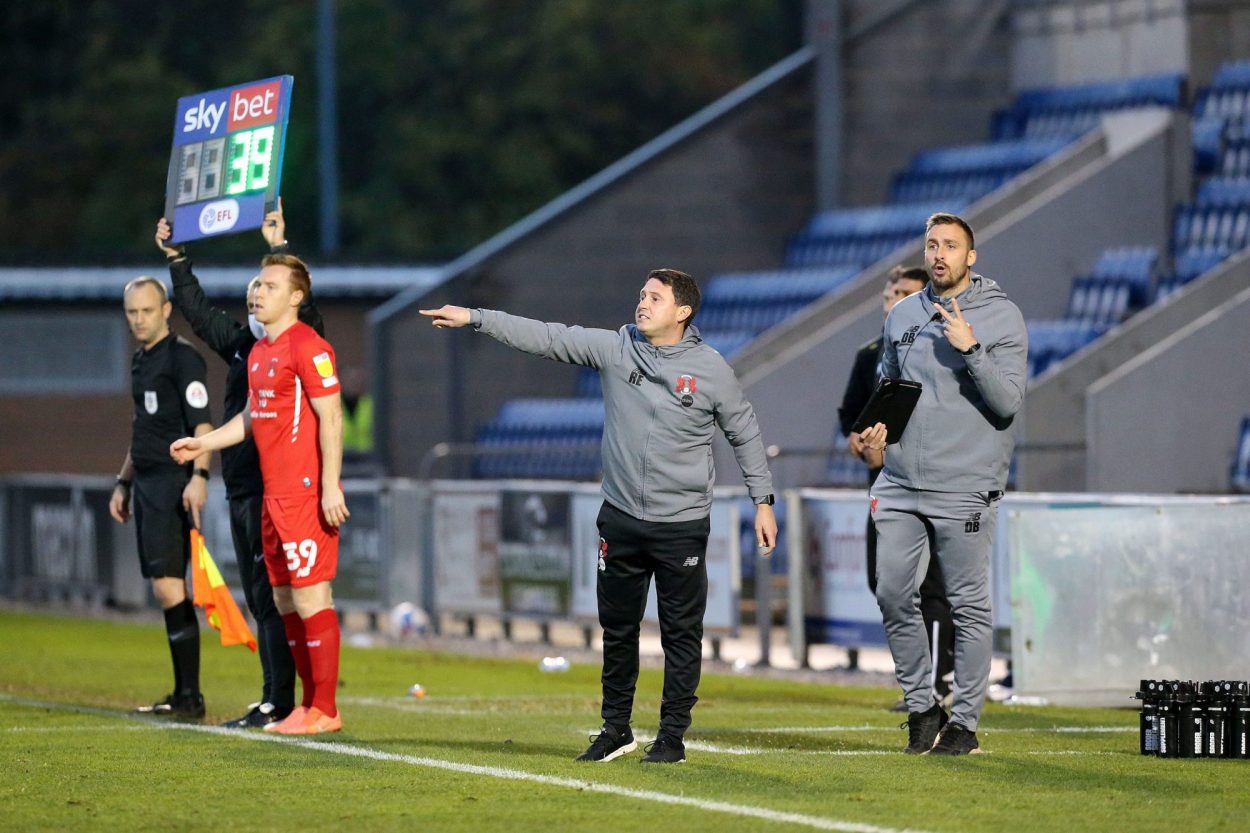 We all know that Colchester are a good side: having finished sixth last year and earned themselves a place in the play-offs. We also all begrudgingly remember that they were better than us last season beating us 2-1 at their place and 3-1 at Brisbane Road on Boxing Day; but I have to say that for the first time this campaign I find myself a little bit frustrated at last Saturday’s performance, perhaps even more so with the team selection and the ‘game plan’ of starting with the 3-5-2 formation that didn’t really work at the Valley in midweek. The most mystifying aspect being that Ross opted to leave our leading goal scorer and pretty much the only natural striker in the squad, Dan Johnson, on the bench for the start of this important league match. DJ may well have been judged to have needed the rest, but his introduction just nine minutes after the break perhaps belies that notion and suggests it may have been a tactical decision.

Louis Dennis is clearly a player with a level of talent, but, as well as he took his goal at Charlton, for me he is a wide man or possibly a Number Ten, and even then it could be argued that there are better options in those positions, most obviously JMD and James Brophy.  I have also always found Conor Wilkinson something of an enigma, when he first signed for us I am not convinced anyone, possibly including the player himself, was 100% sure of what his best position was. Despite his obvious height, he has never really shown himself as being suited to a target man role. Recent performances have shown that starting him wide on the right and allowing him to cut inside onto his strong left foot is a way to allow him to contribute much more effectively, so why opt to change that when we didn’t necessarily have to? In the words of Peter Kitchen, who knows just a thing or two about playing up front, it rendered our attack “toothless”, an analysis that anyone who watched the match would find it hard to disagree with.

Only a couple of weeks ago the consistency in team selection, in which we thought the first choice eleven was beginning to take a clear shape, led to a run of three wins out of four and the building of some crucial momentum. I get that the cup games may have slipped down the priority list, but for me the defeats at Forest Green and Colchester have seen that slip away and we find ourselves looking to try and kickstart our league season once again.

From a personal perspective, I have never been one to call for a coach’s head after some poor results, but I can’t help feeling that Ross hasn’t helped the team with the seemingly unnecessary chopping and changing of the personnel and system for seemingly little gain. I raved about Hector Kyprianou’s performances in the cup last week and for me he most certainly deserved a start in the League, but might we perhaps conclude that the change in formation specifically using two deeper lying midfielders may have been motivated by wanting to play him alongside, rather than in place of, Ouss Cissé? It also didn’t help that the, at least recently, tenacious Craig Clay missed out through injury.

Speaking in the aftermath of what amounts to Orient’s fourth consecutive defeat, Ross expressed his disappointment about his side’s failings at both ends of the pitch, summarising: “There needs to be a better focus about the way we go about our defensive areas and what we do to impose ourselves at the top end.” Easy enough to say but where do Ross and the boys go from here?

Our next two matches see us host Harrogate Town followed by Bradford City, both of whom sit very close to us in the table, before we travel to eighth-placed Port Vale, we really need to start putting some points on the board and to get our season going again. It might help if we put our best players in their best positions again and reverted to the 4-3-3 system that seems to suit them the most and focused on generating some consistency once again. Ross it’s over to you!

In other news, the discussion in yesterday’s much-vaunted summit on the future of English football was apparently “positive” and “constructive” with a number of ideas being considered about how and, more crucially when, fans can be welcomed back into stadiums. Apparently, the talks are still ongoing, but the Government has suggested that they will assess the situation in the run up to the end of the second lockdown in two weeks’ time. It is being reported across a number of sources that a small number of supporters could be allowed into grounds in areas under Tier 1 restrictions (the least confining local measures) perhaps before the end of the year.

All well and good but the more cynical amongst us, yours truly most definitely included, suspect that if we do emerge from the second national lockdown to enjoy some form of festive period, we are more than likely to be back under the more restrictive measures in January. Equally it is very likely that E10 or any other part of London will be in at least Tier 2, so it seems we may have a while to wait yet before we can all get back to doing what we all love to do.

Equally, while it was suggested earlier this week that progress had been made in agreeing a £50 million bailout for clubs in Leagues One and Two, there doesn’t seem to be any suggestion that this has been finalised as yet, adding more concern for clubs in the lower tiers. While we may well be frustrated with the latest Orient performances at least that provides a distraction from the wider scale worries that we all continue to face.