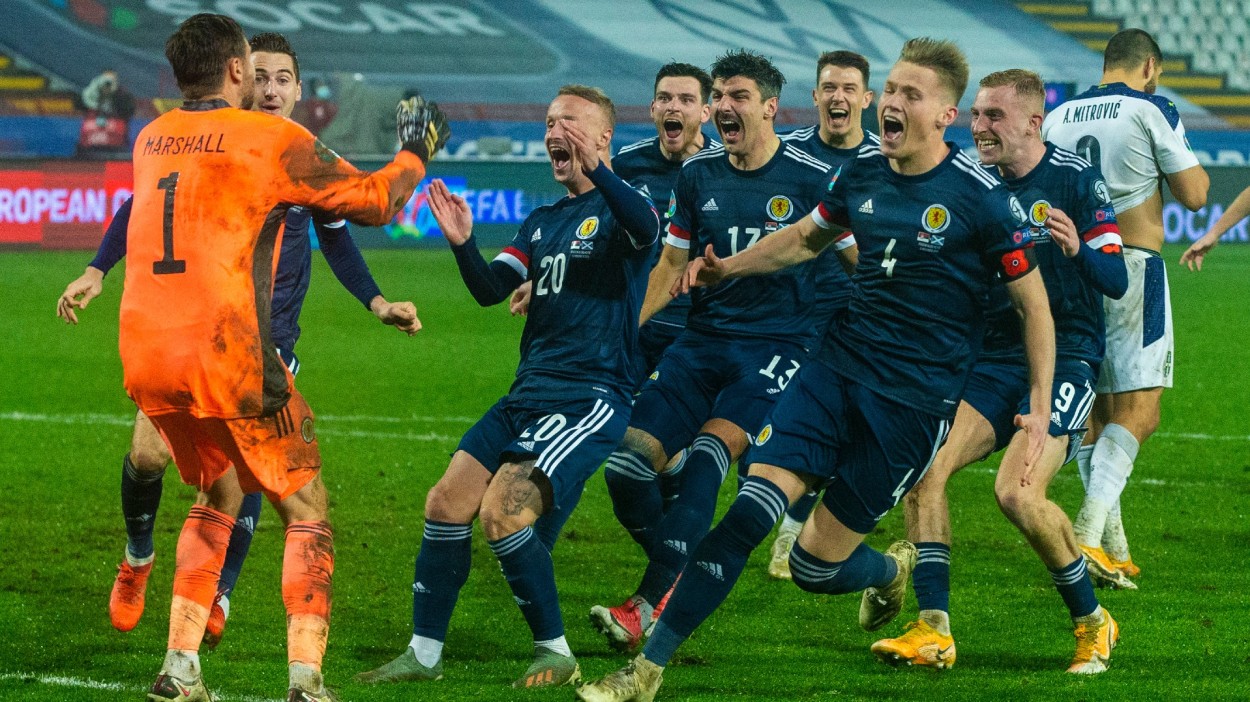 Anyone who has read these pages in previous seasons won’t have found it a particularly tough stretch to draw the conclusion that I am far from being a fan of the seemingly too frequent and often pointless International breaks during the domestic season. As much as I love the major International tournaments in the summer (or autumn/winter if the Qatar World Cup is allowed to go ahead!) and the opportunity to submerse ourselves in football for four full weeks, I find it nigh on impossible to muster even the slightest  flicker of enthusiasm for the overly-protracted qualification phases in which the vast majority of games are a foregone conclusion, the pointless friendlies, or indeed for the Nations League which is essentially a pseudo-league structure for friendlies between teams on approximately the same level.

However before I continue to rail on about the pointlessness of the most recent round of friendlies scheduled solely to fulfil broadcast commitments and the latest humdrum Nations League engagements, let’s start with the positive, the ‘point-full’ if that were a word. The Nations League for all its bizarre complexities contrived to give Scotland a backdoor opportunity to qualify for a major tournament for (as we all know on only too well now!) the first time since the France 98 World Cup. They secured a playoff semi-final at home to Israel to be followed, if successful, by a trip to either Norway or Serbia to decide who would take up one of the remaining four places at Euro 2020, so far so all so simple.

Then the pandemic happened, football was suspended, and the play-off matches were postponed. Much to the consternation of one of Mrs Football Nerd’s and my closest football associates, Sandy a founder member of the Tartan Army who has travelled the world watching Scotland lose and had gambled that his team would triumph at Hampden and booked his travel to Belgrade in preparation.

The fact that Scotland had a meaningful game after beating Israel on penalties at least gave us some sort of focus for this initial part of the Interlull and we had a very fun evening with Sandy as part of our household bubble (the things we have to think about when watching football in these continually surreal times eh?) and one of his best bottles of Scotch for comfort/ celebration depending how things went, watching Scotland nearly blow it once again only to rally and win their second successive penalty shootout and earn their place at the Euros, if of course it goes ahead.

Having spent a week in Cyprus with the Tartan Army last year (Football Nerd on Tour with the Tartan Army.) I can’t help but think that their being involved will most definitely add something to the tournament, not least no doubt the never-ending refrains of their new anthem: ‘Yes Sir I can Boogie’ (my apologies to anyone of a certain vintage reading this for the earworm that I have now given to you!). It just seems a slight shame that as things stand Scotland will be confined to the British Isles, rather than bringing their unique style of partying to the continent.

On that note it does seem somewhat optimistic, to say the least, to think that the tournament will go ahead in its current format with the games to be played in 12 host cities across Europe and in Azerbaijan (yes I am still bitter about Baku 2019!). Just last month even UEFA themselves admitted that they were considering overhauling the structure of the tournament to have all the games played in one country with teams staying in bubbles (again, the things we have to think about in the Covid World!), with Russia being mooted as the potential location despite it having confirmed a record-breaking number of cases and deaths just today. For any of us hoping for a normal tournament we will have to hope the vaccines currently in development prove effective and safe and that they can be rolled out in super-quick time. If not, it looks like being another behind-closed-doors tournament, if it goes ahead at all.

While it can (just about) be justified that the qualification games that secured Scotland’s place at the tournament alongside those of North Macedonia, Hungary and Slovakia had to be played to preserve the integrity (I know, I know we are talking about UEFA here!) of the tournament, the only reason any of the other matches had to take place is down purely and utterly to money. As if the downright idiocy of having players jetting around the globe in the midst of a global pandemic wasn’t enough to have those making the decisions locked up, we are now beginning to see the impact of that lunacy.

Even before the break Premier League managers including: Jürgen Klopp, Frank Lampard and Pep Guardiola, to name the three most vocal, were bemoaning the already overcrowded fixture list and criticising the Premier League for not continuing with the five substitute rule as the majority of other leagues and the European competitions had. It can only be imagined how apoplectic Klopp in particular must be having lost Joe Gomez to a long-term knee injury in training ahead of England’s matches and Andy Robertson sitting out one of Scotland’s matches with a hamstring injury. They are just two examples of players falling victim to injury because of a shortened preseason and playing too many matches without sufficient recovery, doubtless there are many many other examples across all clubs.

That is of course without even factoring those who have tested positive for the virus or are self-isolating after their recent travels, currently that includes, as a minimum, the following from the Premier League alone: Mohamed Elneny and Sead Kolasinac from Arsenal, Luka Milivojevic from Crystal Palace, Mo Salah from Liverpool, Matt Doherty from Spurs, Callum Robinson from West Brom, Andriy Yarmolenko from West Ham and Wolves captain Conor Coady. There is of course the possibility that any or all of these players could return a negative test in time to play this weekend, but we also had the news on Monday of 16 positive tests from 1,207 players and club staff tested for Coronavirus between the 9th  and 15th of November. That doesn’t even bring into account idiotic individual behaviour such as Arsenal’s Willian who flew to Dubai during the break for what he is calling ‘business reasons’ which to everyone else looked like a holiday and a trip to a famous steakhouse to be pictured with its owner on social media. Doubtless there will be other such stories to follow.

It seems very much the case that the main impact of this most recent International break was to exacerbate the already worrying injury situation  and to put players at greater risk of contracting and possibly spreading the virus, which begs the question what was the point?