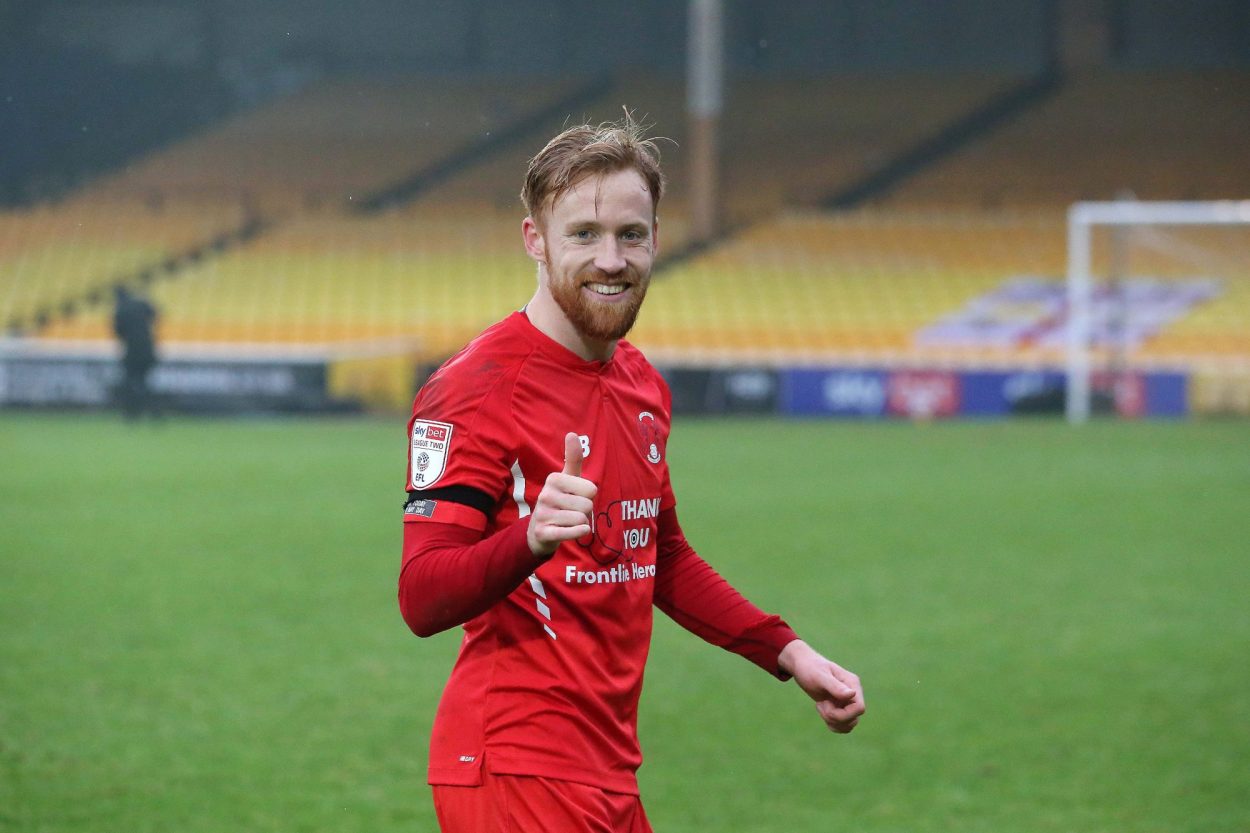 As disappointing as it was to exit the FA Cup at the first obstacle for the fifth consecutive year, it may have helped Orient in this hectic season with its condensed timeframe. We have already seen the benefits of having a week off from the Saturday-Tuesday-Saturday routine and a relatively settled squad with the wins over Harrogate and then Bradford City last week, and now the fact that Port Vale were able to bring the League game scheduled for yesterday evening forward to Saturday, gives Ross and the boys another week in which they can actually spend time on the training ground and recover from the knocks and any niggly injuries that we are inevitably starting to pick up, ahead of the trip to Scunthorpe.

If we are being completely honest however, I don’t think there were many of us expecting all three points from Vale Park at the weekend. Especially not as we found ourselves very much under the cosh in the second half. As Mrs Football Nerd so succinctly put it in summarising Saturday’s match: “I thought we might win, then I thought we were going to draw and then I hoped we weren’t going to lose”.

Once again there was minimal change to the starting line-up: just Jobi coming in for Hector Kpryianou, while Ruel Sotiriou had recovered sufficiently from his recent injury to claim a place on the bench. The match started at a frantic pace with neither side really being able to settle into it. The dark skies above the ground and heavy rain made it look very much like it still was an evening game, despite it having kicked off at 1pm!

Less than ten minutes into it, we found ourselves a goal down from a header from a corner in which Vale’s dangerman from set-pieces, Leon Legge, towered above Dan Happe at the far post. Despite Conor Wilkinson’s effort to head it off the line it was adjudged to have gone in. Of course there is no VAR (thank god!) or goal-line technology at this level, so we just have to accept the officials’ judgement, although being a bit over-critical it was very much the sort of sloppy goal that I thought we had started to eradicate from our game through this recent improved run.

A big positive for Orient, for the most part this season, has been our resilience and we only had to wait a matter of minutes until we were back on terms and back in the match. It will come as no surprise to anyone who has seen Orient at all this season that it was DJ who notched the equalizer, his 10th league goal of the campaign and his 13th in total. For those of you who read last week’s post (Orient Nerd Weekly Ramblings- Orient back on track and looking up rather than down again.), Mrs Football Nerd is now even more desperate to get a bet on our top striker winning the Golden Boot before the odds drop even further!

Plaudits should also go to Louis Dennis who set up our leading goal-scorer with a cute dinked ball into the area for DJ to nod into the net. It has to be said at the risk of banging the familiar drum of playing players in the right positions and the roles to which they are most suited, that the former Pompey man looks much more comfortable as one of the two advanced central midfielders rather than as a central striker. Although with Craig Clay nearing a return to fitness, he will most likely find himself having to make way: either returning to the bench or being utilised as an option in the wide positions. That being said, competition for places can only be a good thing especially given the short turnarounds between matches that are part of this surreal season and the inherent injuries that will inevitably impact all clubs.

From there we seemed to seize much more of the impetus in what was a pretty entertaining half and got ourselves into the lead on the half hour mark when Wilko slammed home a loose ball in the area.

It was the home side that came out after the break on the front foot, our defence and penalty area coming under siege from a series of crosses and numerous corners. Somehow, we stood firm until substitute Cristian Montano drove forward from halfway and unleashed a stunning shot that nestled inside the right-hand post leaving Vigouroux with no chance.

From there I think we probably feared the worst as Vale continued to pile on the pressure, somehow though it was Orient that got the winner. Josh Coulson, up for a corner that was half-cleared, picked out Brophy sneaking in from the right with a subtle ball over the top and the wide man bundled the ball home from close range. Cue jubilation with a dash of disbelief in the Football Nerd household. It is often said that the sign of a good team is being able to pick up three points when you are up against it, and this win certainly feels very much of that ilk.

That’s now three league wins in a row and we sit in sixth place in the table with a third of our matches completed, a position pretty much all of us would have taken at the start of the season and most definitely after the defeat at Colchester just a couple of weeks ago. While it is way too early to even think of the play-offs, it most definitely gives us reasons to be pleased with where we are. Next up is Saturday’s trip to Scunthorpe, another good result there has to be the target as we look to consolidate our position in the top half at the very least.

Of course, the other great news came last Thursday that, for now at least, London has been placed in Tier 2 under the Covid restrictions with up to 2,000 fans allowed into Brisbane Road for at least the next two home games and hopefully the Crawley game as well, assuming no decision to move us into Tier 3 at the first review.

While it is likely to be very different from what we remember with: social distancing, compulsory facemasks (although season card holders have been given a custom Orient one as part of the membership pack), no food or beer available at the ground and having to remain in your seat other than to use the toilet or in an emergency; it will feel like a step in the right direction towards some form of normality. Mrs Football Nerd and I are busy perusing the menus at the Star, Technical and Coach & Horses to ascertain what will constitute a substantial meal to go along with our pre and post-match drinking (don’t tell Boris & co!), hopefully we’ll see some of you there, from a social distance of course!