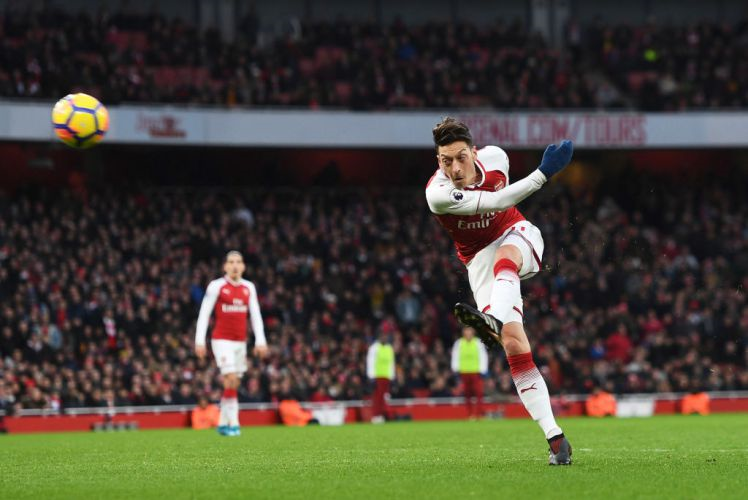 The fifth game of my busy pre-Christmas football marathon was an unusual 3pm Saturday kick-off for Arsenal and the visit of Newcastle United.

After a goalless draw at West Ham during the week, that felt very much like a game that if West Ham had called it a day, got changed and gone home leaving Arsenal on the pitch; we still wouldn’t have managed to score. It had been a lifeless performance that challenged the viewer to stay awake rather than fire us with enthusiasm for our prospects for the remainder of the season.

There has seemingly been a reluctant acceptance amongst Arsenal fans that the best we can hope for this season is a return to the Champions League, either by somehow having enough to scrape into the top four or following Manchester United’s lead from last season and qualifying via the Champions League. I for one am still hopeful that we might start to show some cohesion and tempo in our play and entertain like we used to in days gone by. Unfortunately this wasn’t going to be the game that we did that.

The only change to the team from the midweek bore draw was the return of record signing Alex Lacazette up front; which at least saw the home team start with more impetus than they had a couple of evenings previously. However just as we had seemed to almost avoid playing to Giroud’s strengths against West Ham; there has been an evident failure by our more creative players to spot Lacazette’s movement up front and find him with the sort of ball through the defence that he would thrive upon.

The first real chance came when Ainsley Maitland-Niles, a defensive midfielder by background but intriguingly selected at left-back again, drove through the heart of the opposition and fired a low shot just wide of the right hand upright. It seems unclear at this stage what Arsène Wenger’s plan is for this particular youngster and it will be interesting to see if he plays any role as part of the recognised League Cup/ Europa League second string this evening, or if he is held back to face up to one of the Premier League’s most impressive and threatening forward players on Friday in the form of Liverpool’s Mo Salah? That would feel like putting a lot of faith in a young player ahead of other recognised left backs with much more experience.

As is often the case when a team is struggling for form, a key moment of inspiration can prove the difference, we hadn’t found one at West Ham, but midway through the first half contract rebels Alexis Sanchez and Mesut Özil combined to remind us of what we are increasingly looking like losing if they do indeed move on either in the January transfer window or in the summer. The Chilean produced a mighty leap to win an aerial he had no right to and nodded the ball back to tee up Özil for a sublime looping volley that was ultimately to settle the match.

From there Arsenal never truly looked completely in control, Wilshere and Lacazette spurned gilt edged chances to double the lead but towards the end of the game it was Newcastle that were increasingly on the front foot, although in truth they were equally as profligate in front of goal as the hosts had been.

For a team that had picked up just two points from its last three games, the victory is more than welcome and it keeps the Gunners at least on paper in the hunt for the top four place that is so cherished at the club; however with homes games against Liverpool and Chelsea to come either side of Christmas as well as trips to Crystal Palace and West Brom both places that have proven difficult obstacles in the past, we will know more about the team’s Champions League credentials on the other side of the festive period.